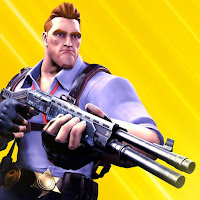 The Game Rules
1. Join a multiplayer match, Match begins, and everyone has the same weapon.
2. Find other players through the labyrinth of a level, and get a Weapon Kill.
3. Getting a kill “upgrades” a player’s gun to the next one in a sequence of ten.
4. Whoever makes their way through the entire ladder of guns to get a Melee Weapon Kill wins the game.
5. Everyone else is ranked behind them based on how many kills they were able to gain during the game.