In a world where vampires and humans are at war, chaos continues to spread as the fighting only grows. You’ve managed to live your life away from all of this along with your friend Eli. You were out one day enjoying your day off when on the way home, you’re attacked by a vampire! You prepare for the worst when suddenly, you’re saved by a mysterious hunter named Baron. He manages to save you from the attacking vampire, but not without sustaining wounds himself.

You take Baron back to your home to help him recover from your wounds, but you realize that there’s something different about him… He has the fangs of a vampire! Without knowing it you’ve involved yourself in the war for survival between humans and vampires… 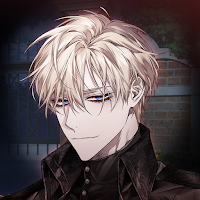 Despite being a vampire himself, Baron has taken the side of the humans to fight his own kind. Always calm and collected, he uses his heightened senses as well as two handguns to fight vampires. Adopted and raised by human parents, he came to hate his fellow vampires after both his parents were murdered by one. With a heart filled by vengeance, will you be able to help him discover the joys of life?

Sven is another vampire that fights alongside humans and is a good friend of Baron's. His hand-to-hand combat skills are unmatched and he is able to take on just about any threat with nothing but his fists. He wasn’t always on the side of humanity, but a tragic encounter in the past converted him to our side. Can you unlock the secrets he holds?

Eli – The Energetic Hunter
Your good friend and coworker, Eli is trusted by the people around him and is a strong leader. However, he holds a deep hatred for vampires because of what they took from him in the past. Despite being a human, his reflexes are fast and he can hold his own against a vampire with his trusty knife. You work closely with him in your struggle against the vampire threat, but will you ever be more than close friends?