June 14, 2020
Era of War brings you back to ancient Northern Europe time when human beings and supernatural powers were implacable enemies.
What you need to do is to build a powerful army and putting your strategic talent into practice in order to fight against players all over the world, occupy their resources and earn a reputation.
Strive to penetrate into enemy’s territory, drop your troops at appropriate positions to destroy their defensive structures.
Construct an impregnable fortress and declare your absolute sovereignty in such a chaotic era.
Join a Clan to strengthen your military forces and fight in epic Clan battles. 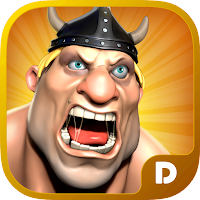 FEATURES:
• FREE TO PLAY with eye-candy graphics, lively sound effects
• Build your village into an unbeatable fortress with numerous defensive structures
• Conquer others to gain reputation and loots for the development of your Empire
• Raise your own army with more than 10 unique units and multiple levels of upgrades
• Discover your favorite attacking army from countless combinations of troops, spells, special warriors, etc.
• Overthrow the campaign mode to earn valuable resources
• Form a Clan, invite friends and players worldwide to join and share breath-taking moments as well as the taste of victory.
• Battle against rival Clans in Clan Wars to gain more and more resources.

Mod
Easy Wins (None of the enemy buildings will be able to attack ground troops, all will attack air troops only, the mod doesn’t work on online battles, so use bypass apk if you want to play online battles)
When playing in the campaign sometimes it may show “lost connection error” or the game will get stuck after the battle but when you restart you will complete the stage and earn the rewards.