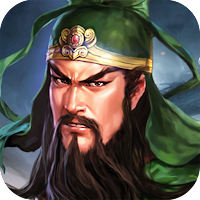 The Three Kingdoms is a mobile card adventure game, massive heroes are luxuriant and shining on stage. The card can be collected easily and open your own battle road.

◆ National war, Stringed arrow ◆
On the stage of the struggle for hegemony of the unique military general, the wars caused by the princes followed one after another, and the world of The Three Kingdoms was highly restored. Every moment of combat is fluid, with stunning effects; A new lineup to build the system, let the three countries become your home, full-service war ready to start, the best way to seek hegemony, and so on to open up!

◆ Recruit heroes, Strategic development ◆
In the game, players can recruit nearly 100 heroes of four forces, each of whom has his own exclusive skills, weapons, and partners. Cultivating and using different heroes creates a unique strategy and combat experience.

◆ Thousand Scenarios, Fierce Battle ◆
The game has 44 chapters and more than 500 levels waiting to be challenged. Players at different levels will face the test against the enemy with different attributes and various skills. Players need to constantly adjust to the line-up change equipment, and gradually overcome difficulties.

◆ Super Gift, Easy level-up ◆
The average daily guaranteed income is up to 3000 ingots without even one single recharge! The massive VIP experience is free accessible every day and the VIP level can be upgraded without spending money. Level 18 VIP is just around the corner. On the second day after you registered, we will send S support hero Cai Wenji gift pack to you. In the first two weeks after you registered, participate in our in-game event to get a chance to win SS hero Guan Yu and SS hero Zhou Yu. Three Kingdoms, the freest gift pack accessible game and least money spending game in 2020!