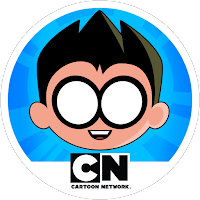 Join Robin for a figure battling RPG of epic proportions. Play for hours with no in-app purchases!

TEENY COMBAT
Assemble your squad and face off in 3-on-3 battles! Bust out super moves in real-time with the battle bar. Switch between your heroes to launch awesome attacks and take down your opponents.