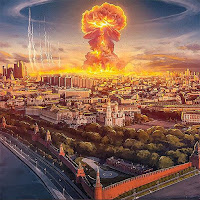 Under conditions that are unclear, somewhere near Moscow, there is a nuclear explosion. In the first hours, millions of people died from radiation and explosion waves, and communication with the rest of the world was interrupted.

Only those who managed to hide in the basement or in the metro station that survived. A few years later, radiation levels fell slightly and the first brave began to rise to the surface, but there they were not greeted with pleasant surprises.