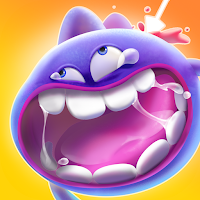 Crazy Cell is a microcosm-themed game, mainly telling the story of good cells in a microcosm that are not known to fight viruses, players who are played by commanders to help cells to continue to increase their strength against the invasion of viruses in the story.

The game consists of 120 levels and a total of 6 zones ， Each zone has 20-30 levels. After completing all levels in the zone, you can receive regional treasure chests and open the next zone and each level has 3-5 waves of virus invasion cells, destroy cells to defend the defensive line to win, get chest prizes and unlock levels.

Play cell bank contains all cells owned by players. There are 16 types of cells in the game, including 12 types of battle cells and 4 types of skill cells. Players can use gold obtained through entry-level to increase cells. The higher the cell level, the stronger the ability. With three cells with the same star level, cells can be upgraded to higher star cells.

MOD:
Use of gold coins does not decrease but increases,
Unlimited diamonds