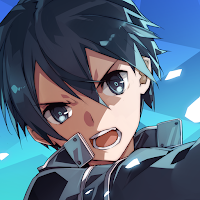 * Interesting Anime Crossovers!
- The iconic figure of 25 original Dengeki Bunko works collides and collides in this mysterious dimension
- Everyone is here! Kirito, Kuroyukihime, Asuna, Shizuo, Izaya, Shana, Mikoto ... Who would you choose to become a member of your team?

* Build Your Dream Team！
- Unlock, collect and improve your character!
- Get ready for a turn-based strategic PVP battle!
- Explore unprecedented "cross skills" between two characters! Guess what kind of cross skills Yuuki and Asuna would use as a team on the battlefield?

* Original Cast!
- Dream voice acting from the original anime series!
- Interactive bonus lines voiced by Rie Kugimiya, Hiroshi Kamiya, Kana Hanazawa and many others are waiting for you to explore!