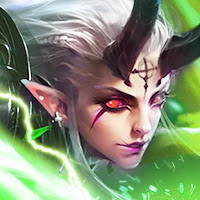 Combine RPG, match-3, and base-building elements into one game!
Players play as Gods who build their kingdoms and recruit Heroes for their cause. Develop Heroes and Runes combos to create strong teams to bring down bosses in campaigns, or other players in PvP!

* Heroes Collection, Rune Customization *
With hundreds of Heroes, Skills, and Runes that can be found, there is something for everyone.

* Global Multiplayer PvE and PvP *
Team up with other players to complete stages, or bring them in PvP to move up the rankings.