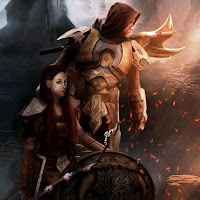 The Avanga kingdom for generations lived in peace with its neighbors, largely untouched by the conquest wars waged by the small kingdoms and surrounding small kingdoms. Stout armies and a strong fortified network are the main means of preventing invaders, however, Avanga's eternal freedom rests on his spiritual strength and the strong determination of his people to live according to their sacred beliefs.

The most important dictum of the Avangan people is their belief in asylum and protecting the safety of anyone who submits a petition for assistance. The ancient "Code of Suylum" applies even to enemies who ask for protection: their request for protection must be recognized and respected.

The second most important dictum of the Avangan people is the "Code of Vengeance" which demands that every injured person be paid thousands of times in pain, misery, and death. Obedience to this code has warned larger kingdoms not to risk apocalyptic conflicts.

And what happens when the Asylum Code conflicts with the Revenge Code? How can protect an enemy be reconciled with the need to destroy it? That will be your question to decide ...

Warrior Class
The melee class that specializes in leading battles and accepting the burden of damage in groups. Soldiers wear heavy armor and can use swords, axes, and maces.

The archer type class tends to be a wise, tough, cunning, and ranged damage dealer.

Ranger is skilled in survival in the wilderness and sometimes is "natural magic" or has resistance to magic. Their chosen martial arts weapons are leaning towards practical utility: archery and can use a shotgun too.

Jadogar is considered a spellcaster who uses strong spells but is often physically weak as an exchange. Jadogar's strength is based on secrets, fire, and storm and can excel in mastering the elements and can make destruction as they wish. Jadogar wore light armor and carried magic weapons and accessories.

AI
AI is smart with a realistic fighting style