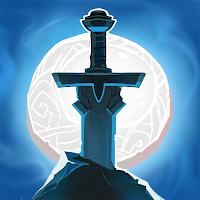 Pick up and play this brand new mobile RPG with stunning graphics and animations! Build your army of powerful heroes from a variety of amazing characters and animals! Fight through strategic and story-driven battles as you collect pets, gems and potions to defeat the Shard Whispers and repel from the darkness!

Back to the beautiful, exciting and dangerous Lionheart world in the Dark Moon!

Every hero has their story.
Collect them all and unleash their power as you fight your way to victory!

The Vaultkeeper has fallen and Darkness is back. It's time for her grandchildren, Timothy and Natalia, to embark on an epic journey to collect Keys and free legendary heroes to join you in battle. Back to the world encountered in Lionheart Tactics and explore the new, from the mystical forest Tumbledowns to the scorching sands of Ibrim. Take on scary bosses, like Koscha the Deathless and Terrible Frog King, as you fight not only for survival, but to save the fabric of the very world!

A network connection is required to play.

▶ [EXCITING AND FUN FIGHTING SYSTEM]
Unleash the combo of friendship and cost-up skills. Freeze the enemies, wrap them in the vines or light them on fire! Fight for up to 4 vs 4 heroes in thrilling turn-based battles!

▶ [POWER UP WITH PETS, SKILLS, AND POTIONS]
Find rare and legendary pets that help your hero in battle. Collect gems to unlock new and powerful skills. Collect Hero tokens to get level rankings and become stronger!

▶ [WORLD BATTLE IN THE ARENA]
Fight through weekly tournaments to take your friends and rivals as you aim for the top spot in the world! Weekly prizes based on your ranking!

▶ [AND MANY MORE!]
Complete daily quests and dive into epic backstory
LIONHEART: THE DARK MONTH.