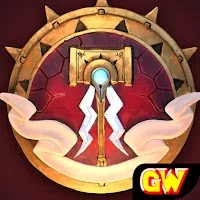 Fight and fight in final action PvP challenges to rule the mortal realm.

Collect powerful card soldiers including Generals, Heroes, and calls. Collect cards, level them and use their power to crush your opponents in the Arena.

Develop tactics and create your own team strategy. Deploy your powerful units to the battlefield to clash with opponents.

Send your hero to take control of the mighty Realmgate and improve your deck with unique and super powerful cards. These legendary magic cards can be played at no cost, so choose your moment wisely.

Climb to the legend and become the ultimate warlord!